Preparing for the release of a new documentary, filmmaker DJ Scripz is at ease as he discusses what inspired him to find a way of melding two distinct cultures with little more than gut instinct and raw determination. In The Haitian Polo Documentary by DJ Scripz, viewers come along for an eye-opening ride and, at times, an intimate glimpse of the challenges Scripz and thousands of other Haitian immigrants face on a daily basis. 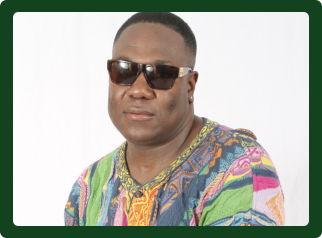 Haiti is a mere 700 miles from the United States, but for many young men and women in the 1980s and 1990s, arriving at the crossroads of the world was equal parts intimidating and exhilarating. Scripz speaks with seamless intellect as he discusses the “trick of the trade,” how he saw a way to carve a new space in a foreign environment.

It was more than that, though. “We Haitian kids, we had to get along, we had to get involved with the fashion,” he explains. He mentions several of the big names in fashion, but for Scripz, it always comes back to Polo. Because Scripz arrived in the mid-1980s, he was about to experience a bit of a culture shock. In the U.S., he was welcomed with vivid colors, broad lines, and larger-than-life design elements.

From British rockstars to American glam bands—how could anyone manage to craft a unique style out of oversized pastel trousers, long hair and heavy makeup? Better yet, how could young Haitian men and women create their own movement amidst the visual commotion? How was he going to get past those unfair yet ever-present challenges every immigrant is forced to face?

By embracing the dark times, Scripz saw his determination come full circle. Through the documentary, viewers are invited along for the ride to bear witness to an incredible tale of success—and what adversity looks like when it’s met with a refusal to back down. Learn more about DJ Scripz and The Haitian Polo Documentary Film here, or by calling (800) 564-7656 today.