There’s no denying the influence of pizza in American culture, especially in New York City. Nowhere is this more apparent than in movies. Want to set the scene in the greatest city on earth? Use a Gotham staple—a pizzeria!

Within seconds of his introduction, Tony Manero makes it clear he’s a New Yorker on the go. For one, the staff at the pizzeria know his face and name, a sure sign of a regular. Seconds later, proudly strutting down the street with a double-stacked slice in hand, Tony instantly looks the part of a young man making the moves in NYC. 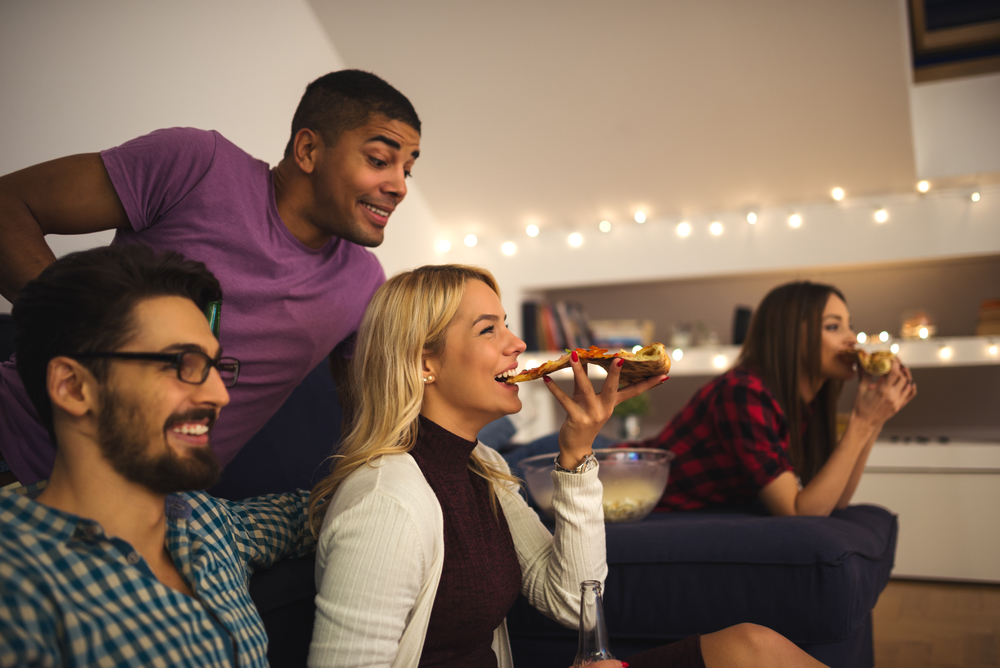 Young Peter Parker, on the other hand, highlights the unforgiving pace of the city by achieving an impossible task—a super-human fast pizza delivery. Any New Yorker knows that going “42 blocks in seven and one-half minutes” would require a serious suite of superpowers—but young Parker heroically delivers.

Speaking of superpowers, America’s favorite quartet of oversized turtles are famous for their love of pizza. In the 2014 TMNT release, Michelangelo has a brief run-in with a pizza delivery man running late, and as you can imagine, he wasn’t pleased with the delay.

Do The Right Thing

As cultural institutions in America’s most diverse city, pizzerias serve a dual role as both kitchen and meeting hall for New Yorkers from all walks of life. Most try their hardest to represent their neighborhoods and their customers, so if Buggin’ Out really does visit Sal’s “three times a day,” as Sal claims, his picture should probably be on the wall.

Almost like Popeye with his spinach, depriving Joey Ramone of pizza seems to take away his fundamental source of strength. These rock star rebels know how to fight the system—with a full belly of gooey cheese.

Whether super-powered or super-fly, obliviously punk or socially conscious, New Yorkers in film and real life love pizza. In the Bronx, Emilio’s of Morris Park is home to the borough’s best slices. Visit them online, stop by the pizzeria at 1051 Morris Park Avenue, or call (718) 822-6758 to enjoy New York’s greatest tradition—eating pizza!