When you indulge in a delicious slice of pizza, the furthest thing from your mind is the history of this beloved food. But one Italian restaurant, Emilio’s of Morris Park, wants to shed some light on the story of pizza. They offer the best pizza in the Bronx, along with appetizers, soups, sandwiches, pasta, and full-service pizza catering.

Historians are conflicted on the genuine history of pizza, but most credit Naples with creating the modern rendition of the food in the 18th century. According to the History channel, King Umberto I and Queen Margherita traveled to Naples shortly after Italy was unified in 1861. There, the queen fell in love with “pizza mozzarella,” a pizza with tomatoes, cheese, and basil. That type of pie soon became known as pizza margherita, which we still eat today. 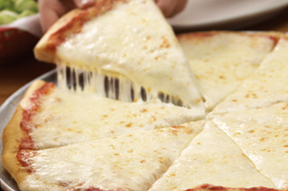 Pizza eventually made its way to the United States as Italians immigrated to land of opportunity. America saw the birth of its first pizzeria in New York City in 1905. Still, it did not reach the height of its popularity until after World War II, when pizza finally made its way out west. Now, the ubiquitous Italian food can be found nearly everywhere, and the only thing left to decide is which pizzeria makes the finest slice.

When it comes to the best pizza in the Bronx, look no further than Emilio’s of Morris Park. They offer more than a dozen specialty pizzas, including creamy chicken pesto, bacon chicken ranch and the famous chicken vodka. The pizzeria also provides fast delivery, along with carry out and catering with staff provided.

Are you craving a slice of delicious pizza after learning the history of this Italian cuisine? Then get in touch with Emilio’s of Morris Park by calling (718) 822-6758. You can also view their menu on their website.