Send a TweetShare on Facebook
Law Office of Carmen DiAmore-Siah

Ever since President Obama announced his executive actions on immigration, they've been the subject of controversy, even as some of them have already gone into effect. On April 18th, the issue reached the U.S. Supreme Court, where justices seemed evenly divided on the issue. The U.S. Supreme Court can prevent the government from moving forward with these actions, and that could stall the changes so many immigrants have looked forward to. The Law Office of Carmen DiAmore-Siah, an immigration lawyer based in Honolulu, explains how the court's decision could impact immigration laws across the U.S.

While it's impossible to say exactly how the court will rule, the tenor of their questions strongly suggested a stalemate, which would leave the ruling of a lower court in place— a ruling that blocked Obama's executive actions. 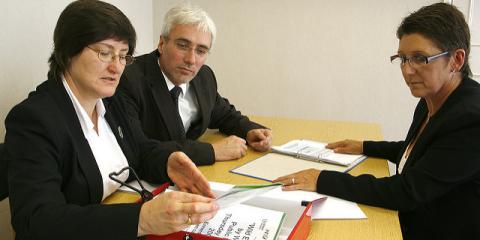 One of the first questions to be addressed was that of standing, specifically whether the state of Texas had suffered damages based on the executive actions and, therefore, has a legal right to challenge the actions. Justice Kennedy, the perennial swing vote on a variety of issues, seemed to side with the state of Texas on this issue. The Supreme Court's decision on the legality of these executive actions will affect over four million people.

While not all of Obama's executive actions on immigration will be affected by the decision, the result could impact the status of millions of undocumented immigrants in the United States.

The Law Office of Carmen DiAmore-Siah is committed to keeping up with all of the developments in immigration law and will provide advice based on the most recent information. Visit the firm's website to learn more about her wide range of legal services, or call (808) 531-2277 to find out how the Supreme Court's decision may affect you and your family.

Share
Story
Other Announcements, Events and Deals from Law Office of Carmen DiAmore-Siah
FAQ About Getting a Green Card

Green cards give foreign nationals the right to live and work in the U.S. permanently, but the process is known to be complex. Immigrants hoping to achieve permanent status are often...read more
What You Should Know About Past-Due Child Support Even when married couples decide to pursue a divorce, those with children will still need to work together to co-parent. In addition to in-person guidance and attention, monetary sup...read more
What Are the Key Differences Between Visas & Green Cards?

Although visas and green cards are both government-issued documents that allow immigrants legal entry into the U.S., the similarity ends there. The rights and privileges they are eac...read more
A Guide to Premarital Agreements Before getting married, many engaged couples sign a premarital, or prenuptial, agreement. This agreement lists out each party’s financial assets and explains who will have the r...read more
A Guide to Family-Based Immigration

If you live in the United States and have loved ones abroad, you may want to bring them into the country. U.S. immigration law allows citizens and lawful permanent residents to ...read more
Like us on Facebook
Review us on Yelp
Review us on Google