The History of Colonics and Today’s Practice

The concept of cleansing with water is as old as mankind.  Although people tend to assume that colonics are a modern invention, early evidence of colon hydrotherapy can be found in Babylonian and Assyrian tablets from 600 BCE as well as in an Egyptian papyrus from the 14th century B.C.E.   Hippocrates (4th and 5th centuries BCE) and Galen (2nd century BCE) were proponents of colon lavage for fever therapy.

Herodotus (484-425 BCE) described a monthly three-day cleansing practiced in Egypt, and Pliny (77 CE) identified the mythic origins of the enema in the Ibis.  This long-billed Egyptian bird was said to draw water into its beak and self-administer the enema.  One of the prominent Egyptian gods, Thoth, was depicted with the head of this sacred bird.

Other early practitioners of colon cleansing were the Sumerians, Hindus, and the Chinese. The “Chinese Hippocrates” Chang Chung Ching (Zhang Zhanjiang) in the 3rd century of the Common Era advised the intake of water and vinegar through a bamboo cane inserted into the rectum.  In the west, the enema was prevalent in the later days of the Roman Empire due to customs of overindulgence at the banquet table.

Through the middle ages enemas or “clysters” were popular among the aristocracy, especially with the use of complex solutions including honey, oils, herbs, vinegar, wine, milk, egg yolks, fragrances, or even boar’s bile.  These practices were common among royal families and their peers, sometimes up to four times a day.  King Louis XI of France (1423-1483) was relieved of seizures by the use of clysters, and even had his dogs clystered. 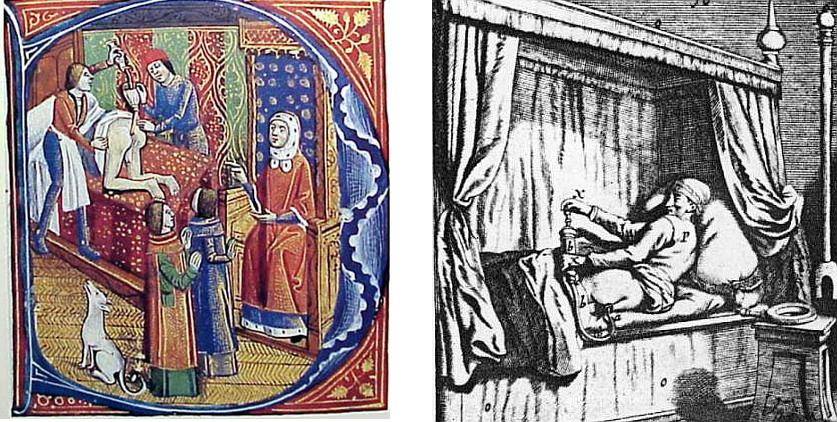 Of course, a lot has changed since Ancient Egypt, and while people still enjoy the internal cleansing nature of water, the actual colonic process is now much more advanced and gentle than it once was. Constance Jones - Colon Hydrotherapy in Manchester, CT uses a state-of-the-art technique to gently and safely infuse multi-purified water through the large intestine to cleanse it of mucus, fecal matter, and gas.

Enjoy the cleansing power that kings, queens, high priests and priestesses have relied on for thousands of years and schedule an appointment with Constance Jones - Colon Hydrotherapy. Learn more by visiting online or calling her directly at (860) 287-4558.

Share
Story
Other Announcements, Events and Deals from Constance Jones - Colon Hydrotherapy
The Role of Prebiotics in Colon Cleansing

While most of us have probably heard the term ‘probiotics’ bandied about, many may not know that prebiotics are also an important part of colon health. Probiotic-rich foods are a cru...read more
Gut Bacteria and the Link to Changing Brain Functions Recent studies have started to link gut bacteria to brain functions and conditions such as autism, anxiety, depression. In some cases, not having enough of a certain bacteria or havi...read more
Why Colon Cleansing & Probiotics Go Hand in Hand When you hear the word “bacteria”, you probably think of the common cold or of other germs that make you sick. But did you know that some types of bacteria are good for you? Well, Ma...read more
Summer Eviction Notice Colonic Special Did you know that you have millions of microorganisms living in your gut? Some are healthy and some are not. Now is a perfect time to evict the hoards of unhealthy bacteria who have ...read more
Colon Cleansing: Why Chewing Thoroughly Promotes Gut Health As a holistic professional, Constance Jones of Colon Hydrotherapy is dedicated to providing her clients in the Manchester, CT, area with excellent colon cleansing services as well as...read more
Like us on Facebook
Follow us on Twitter
Review us on Yelp