Last week was very exciting for Stand Up NY, with the biggest surprise being: Tracy Morgan stopped by. In his hilarious 20 minute set, the all-star comedian joked about his car accident and his recent road to recovery. While he had taken a break from stand-up for some time, Tracy was just as charming, raunchy and hilarious as he use to be. This set was practice for Tracy, who is going on a 2016 comedy tour starting January 22*.

And last but not least, Stand Up NY has a great week ahead of us. Determined to be the #1 comedy club in the city, we’re bringing in Chris Distefano (Guy Code), Myq Kaplan (Conan), Damien Lemon (Comedy Central). And hey--you never know who might just stop by! 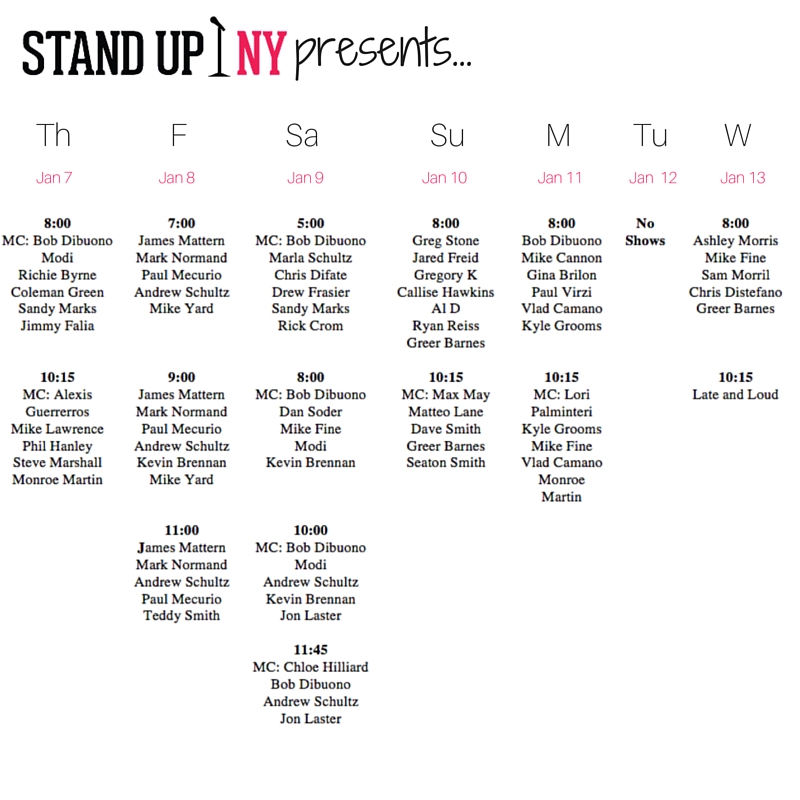